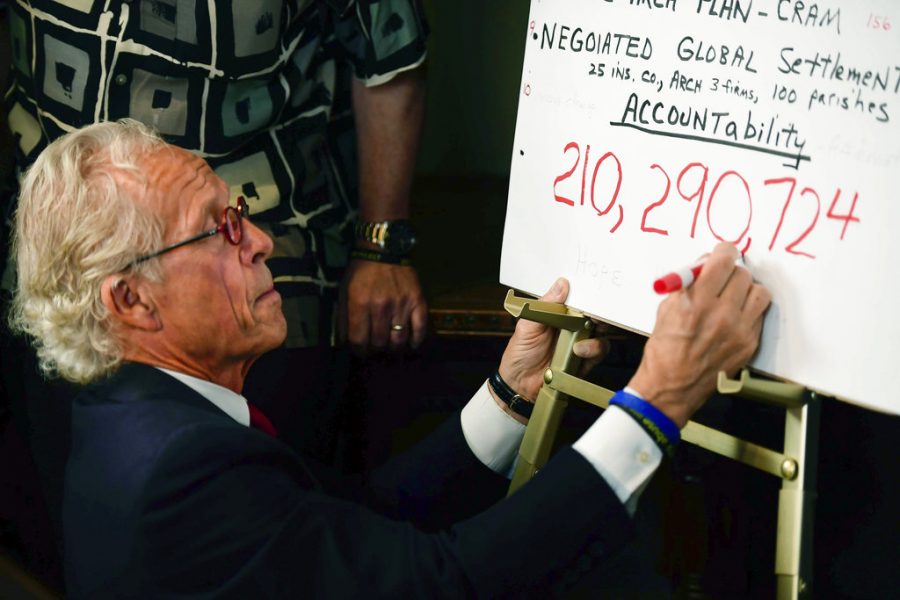 Attorney Jeff Anderson draws a comma while writing down the sum of the settlement reached between the Archdiocese of St. Paul and Minneapolis and clergy sexual abuse victims at his office on May 31 in St. Paul, Minnesota

ST. PAUL, Minnesota — The Archdiocese of St. Paul and Minneapolis has agreed to a $210 million settlement with 450 victims of clergy sexual abuse as part of its plan for bankruptcy reorganization, an attorney said Thursday, making it the second-largest U.S. payout in the priest abuse scandal.

Victims’ attorney Jeff Anderson said the settlement was reached with the survivors and the archdiocese and includes accountability measures. The money, a total of $210,290,724, will go into a pot to pay survivors, with the amount for each survivor to be determined.

Anderson said a formal reorganization plan will now be submitted to the judge, who is expected to approve, and then it will be sent to the survivors for a vote. Anderson expected they will readily approve it.

The archdiocese is planning to make a statement later Thursday. 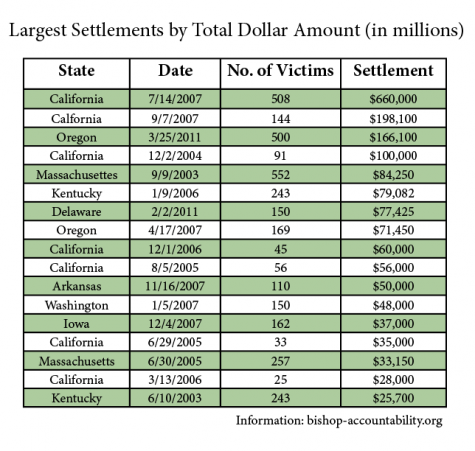 According to the website BishopAccountability.org, which tracks clergy sex abuse cases, this is the largest payout among the Roman Catholic archdiocese and dioceses that have filed for bankruptcy protection. But the largest payout of any kind came in 2007, when the Archdiocese of Los Angeles settled clergy sex abuse cases with 508 victims for $660 million.

The Minnesota Legislature in 2013 opened a three-year window in the statute of limitations that allowed people who had been sexually abused in the past to sue for damages. That resulted in hundreds of claims being filed against the archdiocese and led it to file for bankruptcy in 2015.

The bankruptcy case proceeded slowly as attorneys argued over how much money the archdiocese should have to pay. The archdiocese reported its net worth was $45 million. But attorneys for the victims maintained that the archdiocese’s true worth was over $1 billion, counting assets of its 187 Roman Catholic parishes, as well as schools, cemeteries and other church-related entities. Victims’ attorneys said those assets should be used to make more money available for victims.

Last month, a federal appeals court affirmed a 2016 decision by U.S. Bankruptcy Judge Robert Kressel that the parishes and other nonprofit entities were independent, meaning their assets could not be tapped in the bankruptcy case. Last December, Kressel rejected competing reorganization plans filed by the archdiocese and a creditors’ committee and ordered both sides back into mediation.