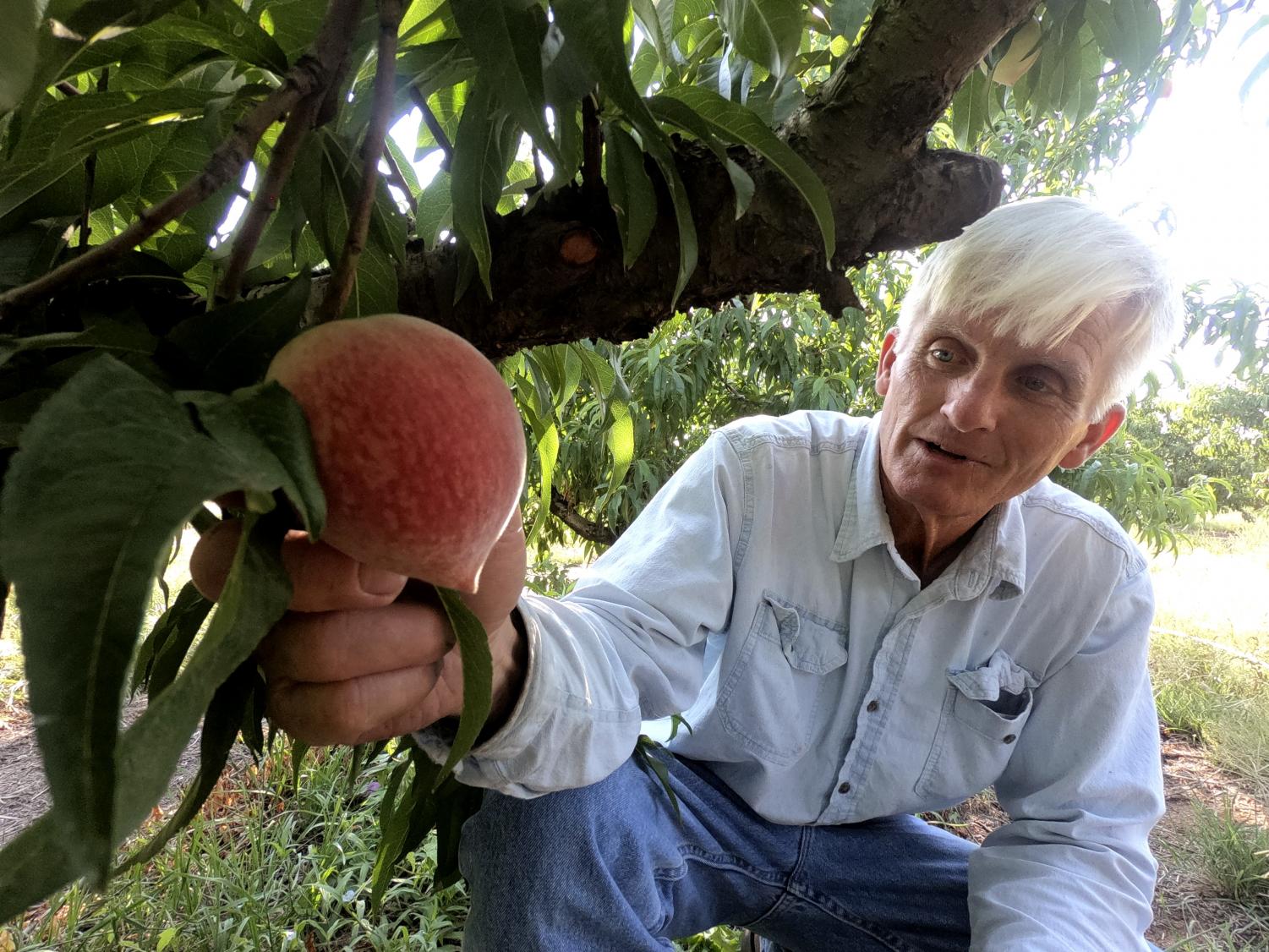 FREDERICKSBURG — It was a long, cold winter — at least in Texas terms — and that’s good news for this year’s Hill Country peach harvest.

Unlike last year, the orchards got the “chill hours” necessary to nudge buds out of dormancy so they can blossom into Texas’ prized summer tree fruit. The spring came and went without the type of lingering late freeze that wiped out the region’s crop five years ago. What’s more, the relatively dry weather meant natural sugars weren’t diluted by rain, making this year’s fruit exceptionally flavorful.

Hill Country peaches are prized thanks to the region’s soils, said to be rich with mineral deposits from when the picturesque region was blanketed by an ancient sea.

Along with an exploding winery business and Fredericksburg’s famed cluster of German restaurants and brew pubs, peaches and peach products (including ice cream, jams and pies) as well as berries and other fruits are a major driver of tourism. The Stonewall Peach JAMboree, set for June 15 and 16, features arts and crafts, a parade and a competition for the best peach-based baked goods, preserves and salsas.

Grower Jamey Vogel, vice president of the Hill Country Fruit Council, said growers around Gillespie County were now picking clingstone varieties — the flesh clings to the pit, but because they’re slightly sweeter and juicier, they’re considered ideal for canning and preserving. They include June Gold, Ruby Prince, June Prince and Southern Pearl, which is a whiter flesh peach.

Some growers also are starting to harvest TexRoyal and Sentinel, which are semi-freestone varieties. (The flesh separates from the pit when the fruit ripens.)

Freestone peaches such as Harvesters, Galas, Cari Macs and Majestics should be available starting in mid-June. Bakers often prefer them because the pit is easy to remove once the fruit is sliced.

Clingstone, freestone or in between, the best way for peach lovers to get some of this year’s crop is to take a road trip to the Hill Country.

“It’s become a situation where the demand is such that we don’t really have to wholesale to the commercial market anymore,” Vogel said. “People will come just because they get them as fresh as possible that way.”

But with Texas weather notoriously fickle, there’s never a guarantee that fans of the peach stands clustered around Fredericksburg and east along Texas 290 toward Johnson City will be toting home boxes or even bags full of bounty.

Last year’s winter was a weakling. According to National Weather Service meteorologist Cory Van Pelt, Fredericksburg temperatures between November 2016 and April 2017 averaged an “unusually warm” 58 degrees. Many growers last year had less than a 10 percent crop, with some less than 5 percent.

This year’s crop in comparison will be abundant. The average winter temperature for the same period this year was 54.4 degrees, 3.6 degrees lower.

“We had a nice, almost like a California-type winter where we didn’t have extremes,” Studebaker said. “We had, you know, 30 at night and 50 during the day type weather.”

There were some scary frosts around in mid-March and mid-April, Studebaker said, but those ended up killing off just enough blossoms to provide what remained abundant sunlight.

“That’s actually the best way to thin peaches,” Studebaker said. “We still had to prune them, but we didn’t have as much.”

Studebaker fared better than most last year thanks to the success he’s been having growing the fruit in greenhouse high tunnels, which allow the trees to remain sheltered during the winter and are later opened to allow the fruit to mature. He now has some 2,000 acres of trees under 11 tunnels.

But much of his crop is still subject to the whims of Mother Nature, and most years have him at some point in the early spring pulling all-nighters with wind machines or helicopters to stir up the air and keep the unwelcome mass of cold from settling into the trees. This wasn’t one of those years.

“I think I ran the wind machine probably five times, but I really only needed it twice,” he said. “I have no problem saying ‘I really didn’t need that.’ It’s better than worrying for two days if I lost anything.”