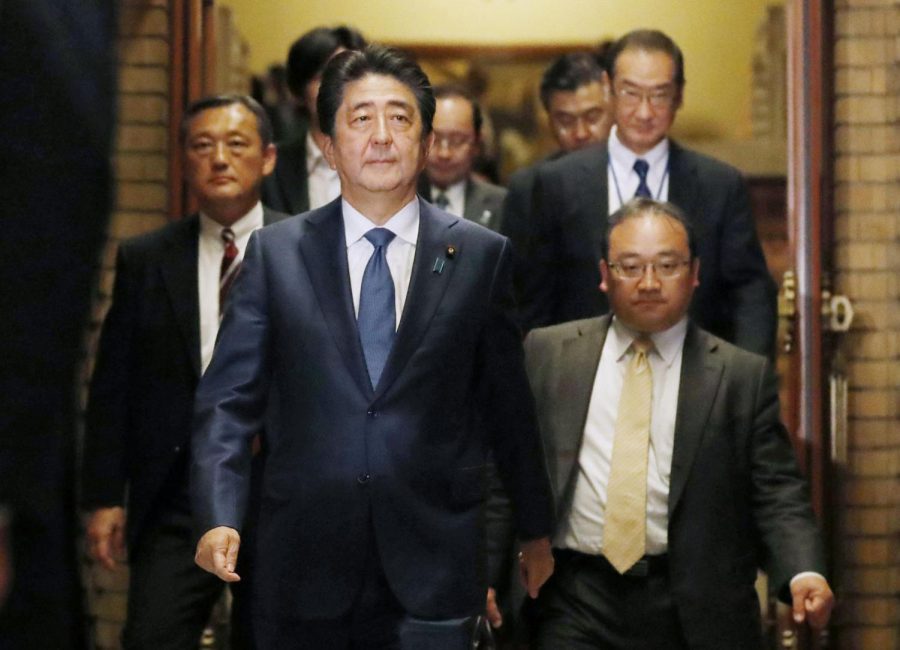 Japanese Prime Minister Shinzo Abe, left, walks out from his official residence to meet journalists after talking on the phone with President Donald Trump in Tokyo. The White House says President Donald Trump and Japanese Prime Minister Shinzo Abe plan to meet in advance of the “expected meeting” between Trump and North Korea’s leader.

Trump confirmed that a top North Korean official, Kim Yong Chol, is headed to New York for talks with Secretary of State Mike Pompeo. It marks the latest sign that prospects for the summit are growing, just days after it was ostensibly called off by Trump. In addition, teams of U.S. officials have arrived at the Korean demilitarized zone and in Singapore to prepare for the meeting.

The summit had been scheduled for June 12 in Singapore, but Trump announced last week that he had decided to “terminate” the meeting following a provocative statement from the North and its decision to skip planning talks and ignore preparatory phone calls. White House officials have characterized the letter from the president to Kim as a negotiating tactic, designed to bring the North back to the table.

South Korean media had reported earlier that Kim Yong Chol, a former military intelligence chief and now a vice chairman of the North Korean ruling party’s central committee, was on the passenger list for a flight Wednesday from Beijing to New York. U.S. officials familiar with planning said he was scheduled to meet with Pompeo on Thursday.

Pompeo has traveled to Pyongyang, North Korea’s capital, twice in recent weeks for meetings with North Korean leader Kim Jong Un, and has said there is a “shared understanding” between the two sides about what they hope to achieve. 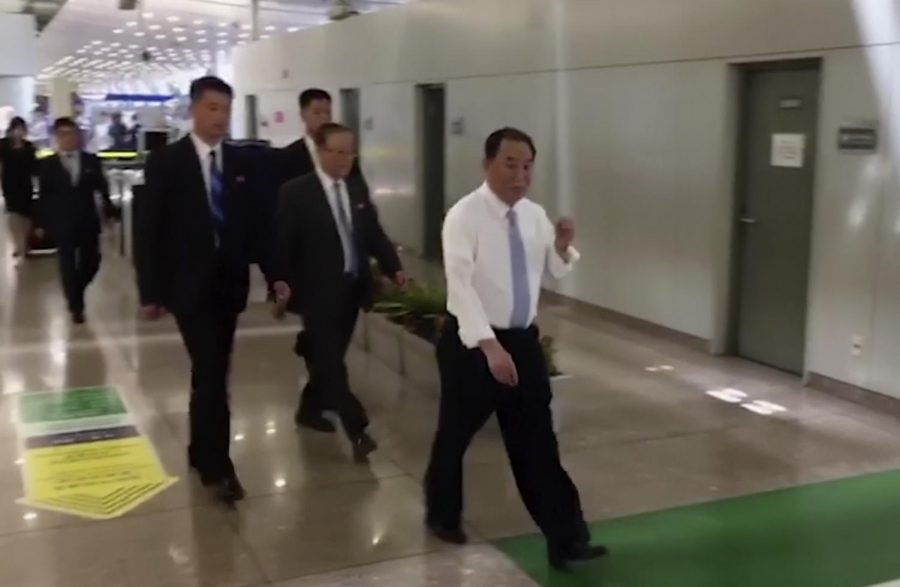 Gallery|2 Photos
Associated Press
Kim Yong Chol, right, a former military intelligence chief who is now Kim Jong Un's top official on inter-Korean relations, walks through Beijing airport after his arrival Tuesday, May 29, 2018. He was at North Korean leader Kim Jong Un’s side at the table in last weekend’s North-South summit, and had been a prominent senior official in other important talks. It was not possible to confirm the reason for his visit to Beijing, or if he would be traveling on to another destination.

Meanwhile, a team of American diplomats is holding preparatory discussions with North Korean officials at the DMZ. The White House emphasized that it has remained in close contact with South Korean and Japanese officials as preparations for the talks continue.

President of South Korea Moon Jae-In, who has lobbied hard for nuclear negotiations between Trump and Kim Jong Un, held a surprise meeting with the North Korean leader Saturday in an effort to keep the summit alive.

In their second meeting in a month, Moon said Kim Jong Un expressed a willingness to cooperate to end confrontation and work toward peace for the sake of a successful summit with Trump.