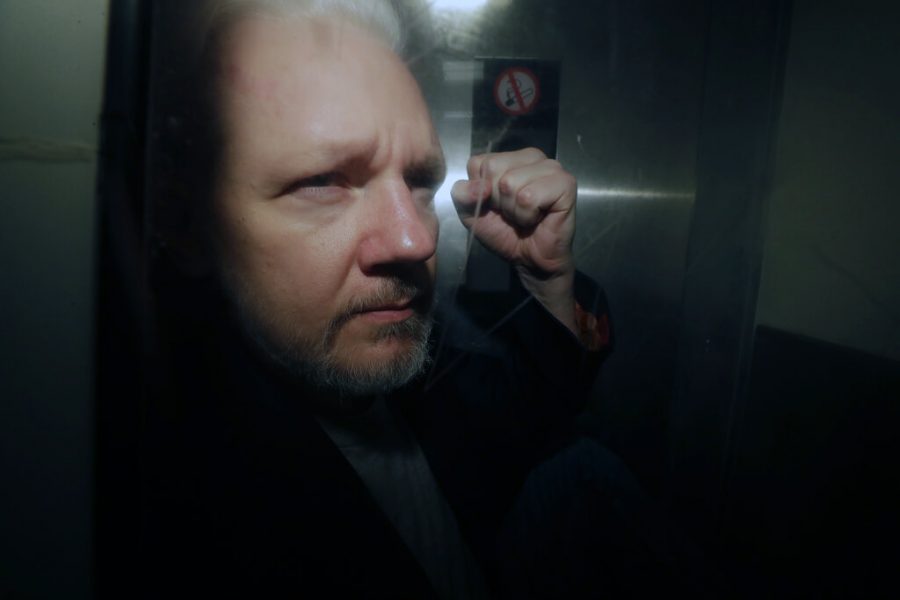 In this May 1, 2019, file photo, WikiLeaks founder Julian Assange puts his fist up as he is taken from court in London.

COPENHAGEN, Denmark – WikiLeaks founder Julian Assange should not be extradited to Sweden for a revived rape investigation, but should still be questioned in the case while he is imprisoned in Britain, a Swedish court ruled Monday.

The ruling by the Uppsala District Court doesn’t mean the preliminary investigation must be abandoned, only that Assange doesn’t face extradition to Sweden any time soon.

Eva-Marie Persson, Sweden’s deputy director of public prosecutions, said she has not decided whether to appeal.

“I will also issue a European Investigation Order in order to interview Julian Assange,” Persson said, adding that she hasn’t picked a possible date for the questioning in England.

Assange’s lawyer in Sweden, Per E. Samuelsson, said his client would “be happy, we are happy” to learn he won’t be extradited to Sweden.

The 47-year-old Assange was evicted on April 11 from the Ecuadorian Embassy in London, where he had been holed up with political asylum since 2012. He was immediately arrested by British police and is currently serving a 50-week sentence for jumping bail in 2012.

He is also fighting extradition to the United States, which accuses him of violating the Espionage Act by publishing secret documents hacked from the Pentagon containing the names of confidential military and diplomatic sources.

The allegations two Sweden women made against Assange stem from a trip to Stockholm he made in August 2010. One of the women was involved in organizing a political event and offered to host Assange at her apartment. The other woman was in the audience.

A police officer who heard the women’s accounts decided there was reason to suspect they were sex crime victims and handed the case to a prosecutor for further investigation.

Assange has denied wrongdoing, asserting that the allegations were politically motivated and that the sex was consensual.

The part of the probe dealing with sexual misconduct was dropped in 2017 when the statute of limitations for charging Assange with that crime expired.

The rape allegation still could be prosecuted; the statute of limitations expires in August 2020. Swedish authorities shelved the case while Assange was living at the Ecuadorian Embassy since there was no prospect of bringing him to Sweden for questioning.

Assange is wanted in Sweden on suspicion of “intentionally having carried out an intercourse” with an unnamed woman “by unduly exploiting that she was in a helpless state because of sleep,” according to court documents.

Assange faces a maximum of four years in prison in Sweden if he is convicted of rape.