Valdez joins the ranks of LGBT pioneers in U.S. politics 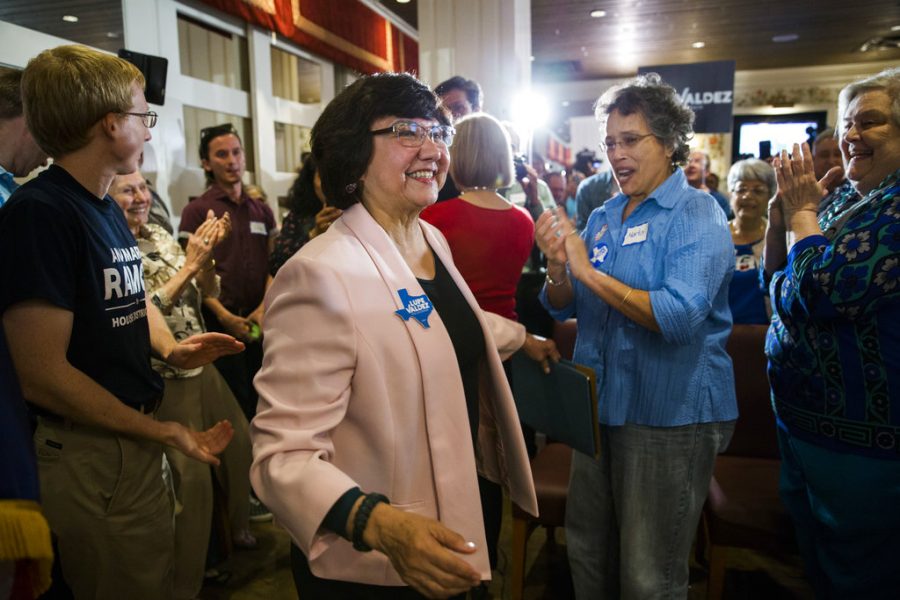 Gubernatorial candidate and former Dallas County Sheriff Lupe Valdez makes her way to a podium after her runoff win at a Democratic party celebration in Dallas on Tuesday, May 22, 2018. Valdez defeated Andrew White, the son of a former governor who pitched himself as a moderate Democrat in deep-red Texas.

White, a Houston businessman and son of the late Gov. Mark White, held steady in early returns but was overwhelmed as the evening wore on.

Valdez, 70, struggled to master state policy issues and instill confidence among political insiders that she could somehow block Abbott’s confident glide into a second term.

But she dismissed naysayers as underestimating her populist appeal.

The daughter of migrant farm workers, Valdez said she’d been underestimated all her life — and would surprise again.

Her victory over White, though, was surprisingly narrow.

It raised questions about the potency of her brand of identity politics. On the campaign trail, Valdez often has stressed she’s female, Hispanic and lesbian.

She failed to crush White, however, in spite of enjoying support from labor, Planned Parenthood and other mainstays of the state Democratic Party’s wobbly infrastructure.

The closeness of the runoff vote raised questions about whether White should’ve spent more of his money, sooner.

Valdez was not party leaders’ first choice as they tried to woo younger Hispanic and black hopefuls into the governor’s race last year.

Valdez enters the general election as the underdog.

Still, she could make even more history than she already has if she knocks off Abbott.

Texas has had two Roman Catholic governors — Abbott and Francis Lubbock, who was governor from 1861 to 1863.

Both, though, converted to Catholicism after marrying Catholics, Jillson noted.

“No born Catholic has ever been governor of Texas,” he said. “Lupe would be the first.”

Pioneer LGBT politicians in the U.S.