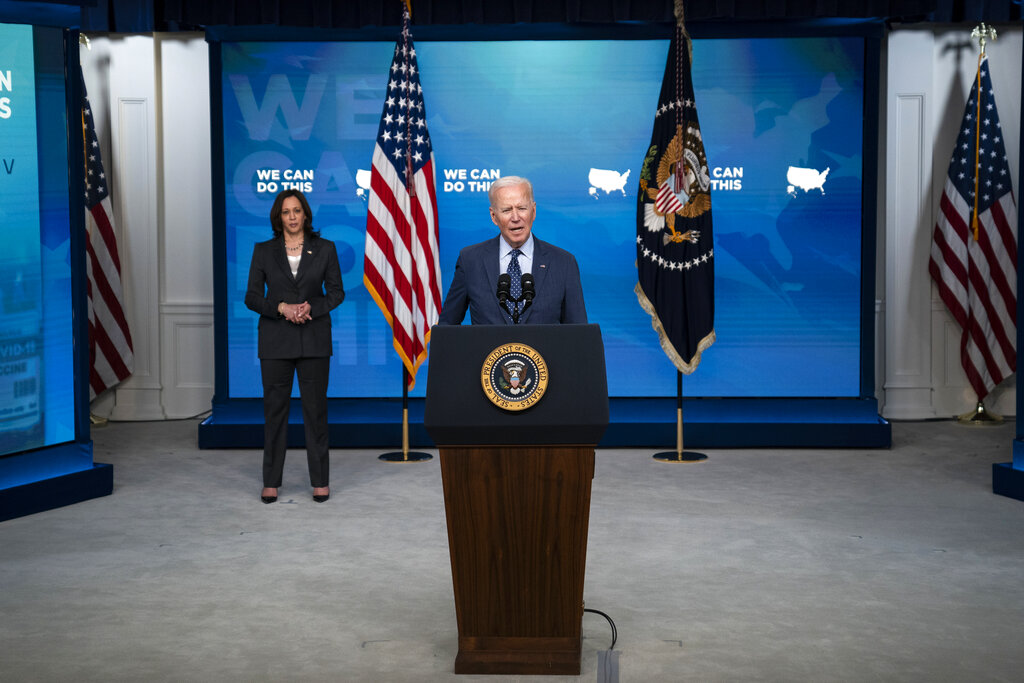 President Joe Biden announced he will be sending surplus vaccines to countries in South and Central America, Asia and Africa with shortages through the United Nations-backed COVAX program. (EVAN VUCCI/Associated Press)

President Joe Biden announced he will be sending surplus vaccines to countries in South and Central America, Asia and Africa with shortages through the United Nations-backed COVAX program.

US to boost global vaccine sharing through COVAX program (Infographic)

WASHINGTON — President Joe Biden announced Thursday the U.S. will swiftly donate an initial allotment of 25 million doses of surplus vaccine overseas through the United Nations-backed COVAX program, promising infusions for South and Central America, Asia, Africa and others at a time of glaring shortages abroad and more than ample supplies at home.

The doses mark a substantial — and immediate — boost to the lagging COVAX effort, which to date has shared just 76 million doses with needy countries.

The announcement came just hours after World Health Organization officials in Africa made a new plea for vaccine sharing because of an alarming situation on the continent, where shipments have ground to “a near halt” while virus cases have spiked over the past two weeks.

Overall, the White House has announced plans to share 80 million doses globally by the end of June, most through COVAX. Officials say a quarter of the nation’s excess will be kept in reserve for emergencies and for the U.S. to share directly with allies.

“This is just the right thing to do”: National security adviser Jake Sullivan outlines the Biden administration’s plan to share the first 25 million COVID vaccine doses with other nations worldwide, with the aim of “ending the pandemic globally” https://t.co/Nj065CIsxp pic.twitter.com/zxoyNareuO

Of the first 19 million donated through COVAX, approximately 6 million doses will go to South and Central America, 7 million to Asia and 5 million to Africa.

“As long as this pandemic is raging anywhere in the world, the American people will still be vulnerable,” Biden said in a statement. “And the United States is committed to bringing the same urgency to international vaccination efforts that we have demonstrated at home.”

He also said: “We’re not seeking to extract concessions, we’re not extorting, we’re not imposing conditions the way that other countries who are providing doses are doing. … These are doses that are being given, donated free and clear to these countries, for the sole purpose of improving the public health situation and helping end the pandemic.”

The remaining 6 million in the initial distribution of 25 million will be directed by the White House to U.S. allies, including Mexico, Canada, South Korea, West Bank and Gaza, India, Ukraine, Kosovo, Haiti, Georgia, Egypt, Jordan, Iraq and Yemen, as well as for United Nations frontline workers.

The White House did not say when the doses would begin shipping overseas, but press secretary Jen Psaki said the administration hoped to send them “as quickly as we can logistically get those out the door.”

Spoke to @VP Kamala Harris a short while ago. I deeply appreciate the assurance of vaccine supplies to India as part of the US Strategy for Global Vaccine Sharing. I also thanked her for the all the support and solidarity from the US government, businesses and Indian diaspora.

The long-awaited vaccine sharing plan comes as demand for shots in the U.S. has dropped significantly — more than 63% of adults have received at least one dose — and as global inequities in supply have become more pronounced.

Scores of countries have requested doses from the United States, but to date only Mexico and Canada have received a combined 4.5 million doses. The U.S. also announced plans to share enough shots with South Korea to vaccinate its 550,000 troops who serve alongside American service members on the peninsula. White House COVID-19 coordinator Jeff Zients said that 1 million Johnson & Johnson doses were being shipped to South Korea Thursday.

The U.S. has committed more than $4 billion to COVAX, but with vaccine supplies short — and wealthy nations locking up most of them — the greater need than funding has been immediate access to actual doses, to overcome what health officials have long decried as unequal access to the vaccines.

The U.S. action means “frontline workers and at-risk populations will receive potentially life-saving vaccinations” and bring the world “a step closer to ending the acute phase of the pandemic,” said Dr. Seth Berkley, CEO of Gavi, which is leading the COVAX alliance.

Biden to donate 25 million vaccines to:

However, Tom Hart, the acting CEO of The ONE Campaign, said that while Thursday’s announcement was a “welcome step, the Biden administration needs to commit to sharing more doses.”

Biden committed to providing other nations with all 60 million U.S.-produced doses of the AstraZeneca vaccine, which has yet to be authorized for use in America but is widely approved around the world. The AstraZeneca doses have been held up for export by a weeks-long safety review by the Food and Drug Administration, and without them Biden will be hard pressed to meet his sharing goal.

The White House says the initial 25 million doses announced on Thursday will be shipped from existing federal stockpiles of Pfizer, Moderna and Johnson & Johnson vaccines. More doses are expected to be made available to share in the months ahead.

Mexican President Andrés Manuel López Obrador said via Twitter that Harris had informed him before the White House announcement of the decision to send 1 million doses of the single jab Johnson & Johnson vaccine. “I expressed to her our appreciation in the name of the people of Mexico,” he wrote.

As part of its purchase agreements with drug manufacturers, the U.S. controlled the initial production by its domestic manufacturers. Pfizer and Moderna are only now starting to export vaccines produced in the U.S. to overseas customers. The U.S. has hundreds of millions more doses on order, both of authorized and in-development vaccines.

The White House also announced that U.S. producers of vaccine materials and ingredients will no longer have to prioritize orders from three drugmakers working on COVID-19 shots that haven’t received U.S. approval — Sanofi, Novavax and AstraZeneca — clearing the way for more materials to be shipped overseas to help production there. 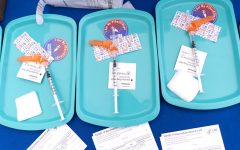 WHO says COVID-19 vaccines for children are 'not a high priority.' 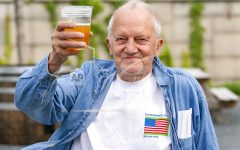 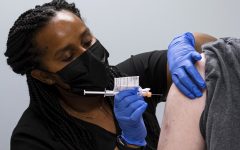