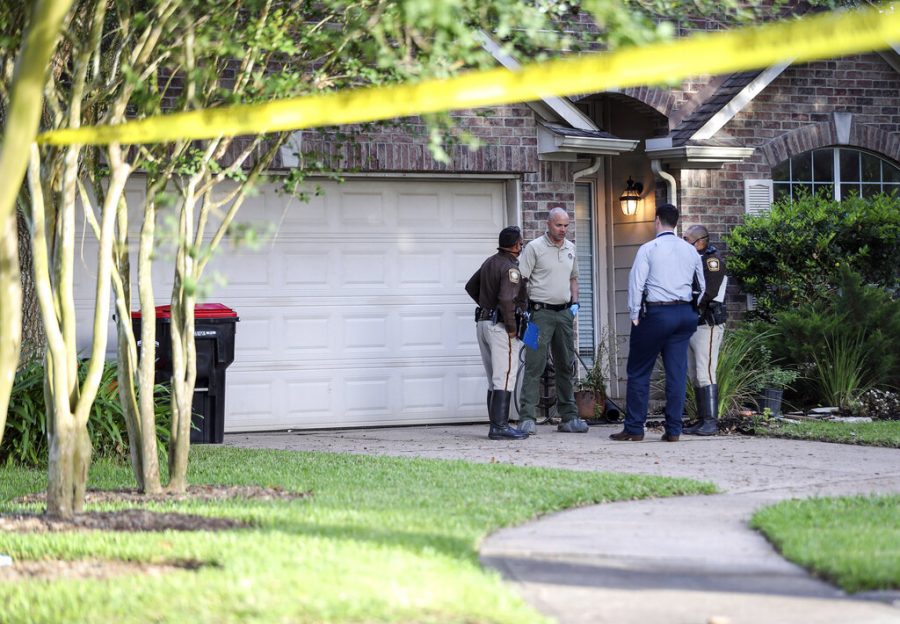 Authorities investigate the scene where a Fort Bend County Deputy Sheriff fatally shot a Fort Bend County Precinct 4 Deputy Constable after mistaking him for an intruder as they cleared a house May 29, 2020, in Missouri City, Texas.

A Texas deputy mistakenly shot and killed another responding officer early Friday while searching a home after a neighbor reported a suspicious person in the area, authorities said.

The shooting happened in the Sienna Plantation subdivision in Missouri City, about 15 miles southwest of Houston.

Nehls said the 911 caller reported seeing the suspect through a security camera running into a house the caller knew was vacant. He said at some point, a light was seen on in the normally vacant house.

Three deputies and the constable arrived at the scene within a minute of one another, Nehls said. Though they are from different agencies, the officers operate on the same radio channel.

The deputies entered the home through an unlocked door, Nehls said. While searching it, a deputy fatally shot Rule, mistaking him for an intruder, Nehls said.

Rule is survived by his wife and their four teenage children, Nehls said.

“What else do you say? You’ve got to pray for everybody — just a tragic, tragic scene here,” the sheriff said early Friday.

The deputy, whose name has not been released, has more than 20 years of experience, Nehls said. The deputy was placed on leave, which is department policy in deputy-involved shootings. An investigation into the shooting was underway.